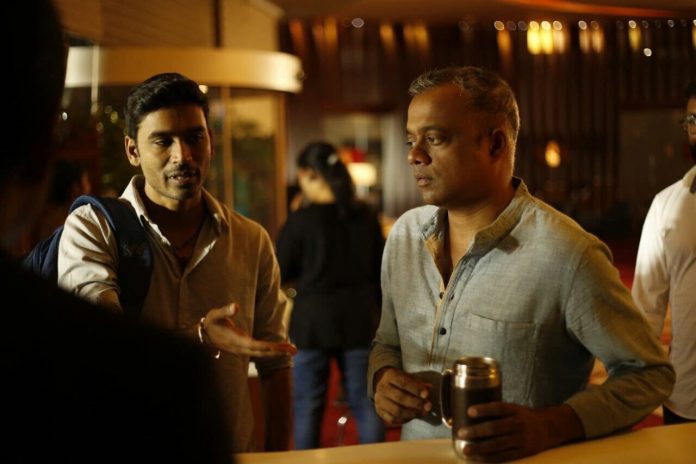 Gautham Vasudev Menon has finally opted to complete the long pending ENPT aka ‘ Ennai Nokki Paayum Thotta ‘ shoot. The final leg shoot will start by 17th July. This project started on 24 March, 2016 faced lots of financial issues in between to complete the film. Dhanush has given dates to complete the project immediately. The title logo will be revealed this friday.

Dhanush on the other hand was shooting for his Maari 2, Vada Chennai, The Extraordinary journey of the Fakir that he couldn’t accommodate his dates with no clear plans on this GVM’s project. Right from the beginning, the film had great hype with the way the team executed every single moment.

Talks confirming that the star joining the classic film maker GVM initially have been a greater boost. But since it’s already been very long time since the tease and 4 songs have come out but not the film, with the shoot still pending gives an incomplete statement.

For Megha Akash, who plays a heroine in the film, had her Tamil debut in ‘ Oru Pakka Kathai ‘.Also director Sasikumar is hinted to play a pivotal role.

Darbuka Siva has grabbed everyone’s attention towards the project with the massive hits Maruvaarthai Pesadhe and Visiri. Both the songs sung by Sid Sriram also were received well along with the restrung version of Maruvaarthai, which revealed the music director.

With the makers officially confirming the final schedule to start, the film is expected to hit the screens this year making the star count 4 releases for the year.