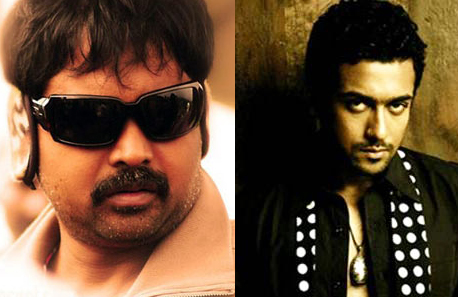 When Vettai became a hit, ace filmmaker Lingusamy announced that the movie would be remade in Bollywood and he would be making his B’town debut.Stars like Shahid Kapoor and Ranbir were touted to play in it.

But, confirmed sources now inform us that the remake of Vettai has been shelved. The latest big news is that Lingusamy will be teaming up with hot star Suriya after Singham 2. Reportedly, the Paiyaa director narrated a script to Suriya who liked the subject. He has asked Lingusamy to work on it. The two were seen bonding at the recent audio release of Karthi’s Saguni. Will this combo work again and rock the KTown.?