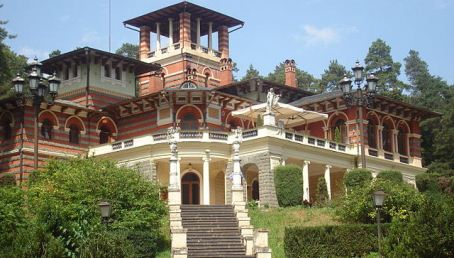 When the KTown is getting hot and awaiting for Billa 2 Release Date. Here is some info about the movie. The entire cast and crew of Billa II had a frosty experience while canning an action sequence in Georgia a couple of months ago. Despite the blazing heavy-duty action sequences, the team was literally left in the cold, thanks to the unexpected snowing.

Producer Sunir Kheterpal, CEO, In Entertainment, reveals, “We shot some important sequences, including the climax scenes, in different parts in Georgia for almost 27 days. The last time we shot there was in November, and we had planned some heavy-duty action scenes with Ajith and Vidyut. We had even flown in a stunt choreographer, Kecha, from Thailand. We had it all planned, and even got permission from the local government to shoot at the prestigious Likani Palace. It was supposed to go on continuously for six days, and even the weather proved to be a blessing — it was cold, but sunny as well. We had completed 75 per cent of the shoot, and just as we were happy thinking we’d finish the complete portions in another two hours, it started snowing!”

Likani Palace is the President of Georgia’s summer retreat. It is during the shooting here two full days of shooting had to be reshot to maintain continuity of the outdoor schedule. ‘It was one hell of an experience for the entire cast crew to shoot in Sub Zero temperatures’, says a source from the crew.

Sunir Keterpal, CEO also added, “We had sought permission to shoot at the Likani Palace for only a limited time, and with the snowing, we didn’t know what to do. But we kept shooting with the snow in the background; it was miraculous! With strong support from the stunt department, our DOP, director and the cast, we finished the entire sequence in less than six hours.”

We hear that Chakri Toleti-directed Billa II, starring Ajith in the lead, is the only movie to be shot in Likani Palace, the summer retreat of the President of Georgia. Is Billa II, the name is really meant to create more history in KTown?