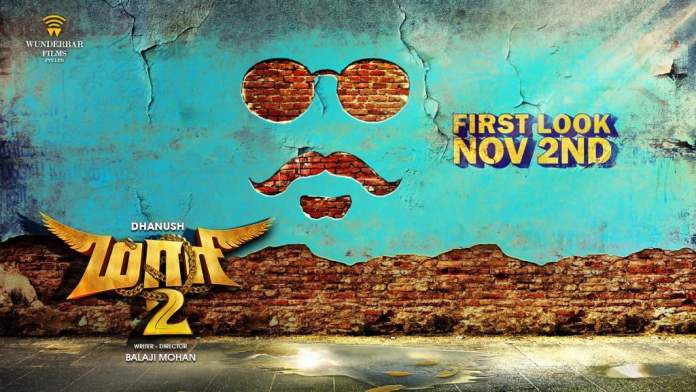 Dhanush and Balaji Mohan together streaked a gold-strike with ‘Maari’, which turned to be an amazing box office hit. Absolutely, within few weeks after the film’s success, it was cited by Dhanush that Maari 2 will soon happen with the same filmmaker. Significantly, the shooting has been wrapped up now and post-production works are happening on full swing too. At this juncture, it has been officially confirmed by Wunderbar Films that Maari 2 First Look will be revealed on November 2. It is said that plans are going on full swing to release the film before this yearend.

Maari 2 features Sai Pallavi in female lead role opposite Dhanush while Varalaxmi Sarathkumar would be seen in an important character. Malayalam industry’s most celebrated Tovino Thomas, Kreshna, Robo Shankar, Kalloori Vino and few others will be seen playing important roles. Yuvan Shankar Raja has composed music for this film with Om Prakash offering the visual magic through his cinematography.

Apart from Maari 2, Dhanush has lined up Enai Noki Paayum Thota, directed by Gautham Vasudev Menon, which is also rumoured to be scheduled for Christmas release.