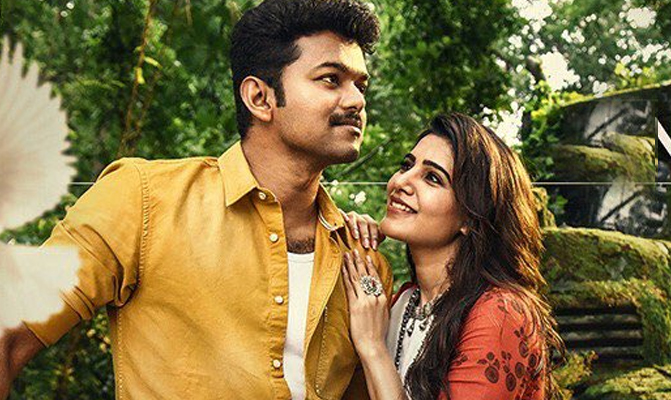 Mersal Neethanae – A successor to ‘Munbe Va’ after decade?

There is no breathing space for the fans and they are consistently soaked up with the Mersal mania now. Following the single track ‘Aalaporaan Thamizhan’ that was released last week, the fans of Vijay and AR Rahman kept their fingers crossed for August 20. This date marks the launch of complete album with a tag ‘Mother of all events’ on the maps. Just with the countdown of 3 days on the fast roll, there comes a sudden surprise. The second single track ‘Neethanae’ will be released tomorrow (August 17) at 6 p.m.

Well, is it the same song that was recorded by Shreya Ghoshal recently in Mumbai? The details regarding the singers remain under wraps. Perhaps, it could be the next update from Sri Thenandal Films.

Atlee has helmed Mersal that will have Vijay appearing in three different roles. Samantha, Nithya Menen and Kajal Aggarwal are playing the female lead roles.