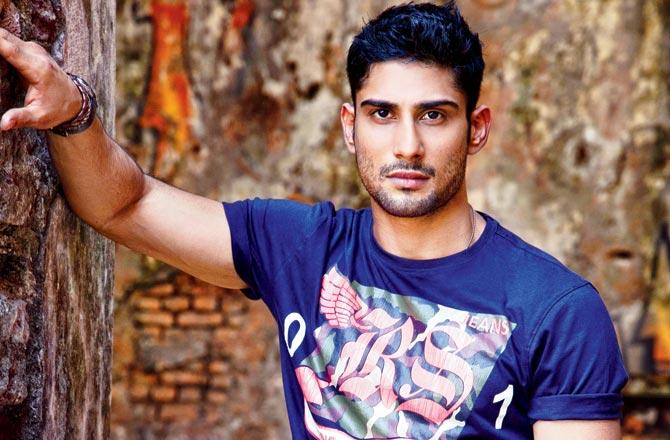 A totally unprecedented arrival that comes unheralded! Bollywood’s most charming handsome boy Prateik Babar is all set to lock horns with Superstar Rajinikanth in ‘Darbar’. The news comes officially from the horse’s mouth – Prateik himself. The actor had his fame achieved through his movies like Aamir Khan’s Dhobi Ghat followed by Hindi remake of ‘Vinnaithaandi Varuvaaya’. More than all, his recent baddie act in ‘Baaghi 2’ appealed vigorously to the Pan-Indian audiences.

Prateik says that working with Superstar Rajinikanth has been long time desire and is happy that it has happened now. The actor claims that AR Murugadoss was very much impressed with his antagonistic performance in Baaghi 2 and instantly signed him up.

Darbar shooting has already commenced and going on full swing in Mumbai. Rajinikanth arrives in Chennai today for casting his vote tomorrow and will fly back immediately. While Nayanthara is playing the female lead in this movie, Anirudh is composing music. Produced by Lyca Productions, the film will be simultaneously released for Pongal 2020 in Tamil, Telugu and Hindi.