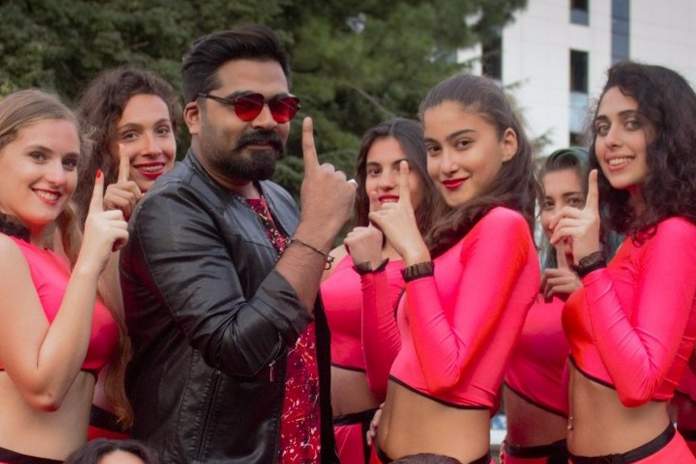 The STR mania keeps striking the K-Town as the actor has been endowing his fans with incessant surprises. One among such enchantments was the actor proving to be an exotically punctual with Mani Ratnam’s Chekka Chivantha Vaanam. Now, what’s more surprising his non-stop shoot for Sundar C’s untitled film, produced by Lyca Productions… It seems that only 10 more days are pending for the actor to wrap up the entire project. Now the word is out that STR-Sundar C Attarintiki Daredi remake title and first look will be released for the festive occasion of Diwali.

While the original version featured Pawan Kalyan in lead role, Samantha and Pranitha were found in female lead characters. With some modifications made by Sundar C for the regional adaption, the film will have some additional characters too. Mahat Raghavendra, Megha Akash, Catherine Tresa, Yogi Babu and a huge star-cast is a part of this film.

It looks like the film will have its worldwide release for January 2019 or first week of February 2019.