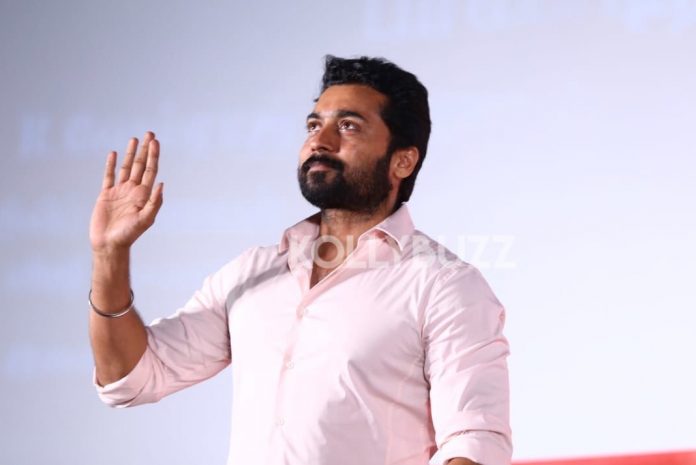 Suriya‘s next with director Selvaraghavan titled ‘NGK’( Nandha Gopalan Kumaran) was initially announced in November 2017 and the first look of the film was launched this March which was quite a surprise to his fans .

With already Vijay‘s Thalapathy 62, Ajith’s Viswasam and Suriya’s NGK have been slated for Diwali 2018, Suriya has confirmed releasing his N G K for this Diwali in the audio launch of ‘Kadai Kutty Singam’ that happened yesterday saying “Na Deepavali Ku Varen” (meaning I will come for Diwali ).

It is expected that one among the slated 3 Diwali releases will shift it’s release for getting big screen count. Also, this movie will talk about communism which hinted from it’s first look poster. Surya and Sai Pallavi might play politicians in the film. This film will be a treat to Selva-Yuvan fans as they join after a very long time.

Surya will shoot for his next with KV Anand in London sharing screenspace with Mohan Lal and Allu Sirish.