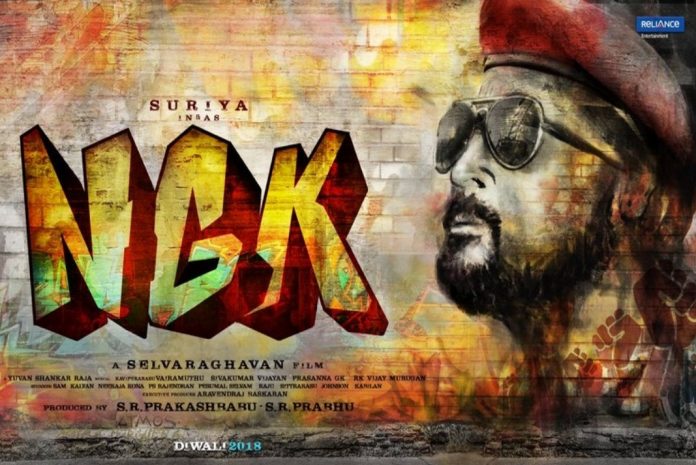 While Viswasam was pushed to Pongal 2019, stating the shoot delay due to the previous Tamil Cinema strike and it’s NGK now getting out of Diwali race.

Director Selvaraghavan had minor medical procedure to be done that was stated to be one of the reasons for NGK getting release post Diwali. The first look posters has mark with Diwali 2018 release while the same disappeared in the second look released during the star’s birthday.

Now, makers of the film – Dream Warrior Pictures have made an official press release to convey that the film will not release for Diwali and they will soon decide and announce the official release date.

Actor Suriya’s fans ensure that something is active is social media on their star and his upcoming projects. Suriya’s next project with KV Anand is also getting ready simultaneously.

With this official announcement, Vijay’s  ” Sarkar ” will have a solo release for Diwali. Sarkar audio will be out on October 2.