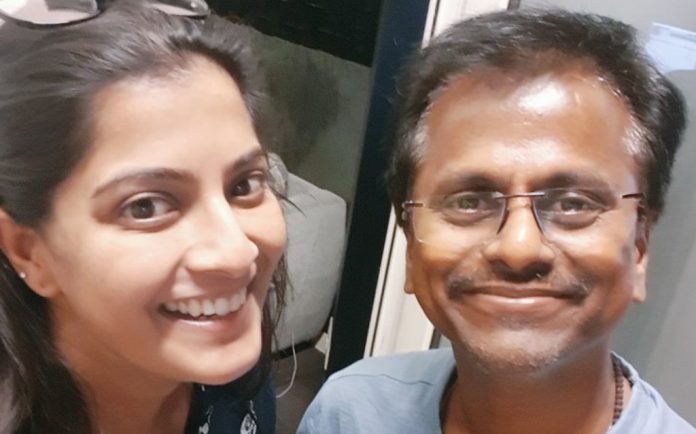 Varalaxmi Sarathkumar is acting with the reigning actor Vijay for the first time in ‘Sarkar’, directed by A. R. Murugadoss, The film is scheduled for a grand Deepavali release.

According to the latest reports, the actress has completed the dubbing work for this film. While sharing a photo with the director, the actor Varalaxmi Sarathkumar was delighted to record says, “That’s a wrap for Sarkar! I love working with you, sir. You are the cutest and the sweetest director I have worked with! You display so much calmness all the time! So happy to have been a part of this journey with you.” (Sic)

By the way, Vijay has also completed his dubbing last week. With the post-production work in progress at a fast clip, the trailer for the movie can be expected any time soon and audio launch is scheduled on October 2.

Keerthy Suresh is playing the female lead role in this film, which has musical score by AR Rahman. Expectations are getting bigger with Sarkar and it looks like there could be a special announcement involving the first single track release as well.