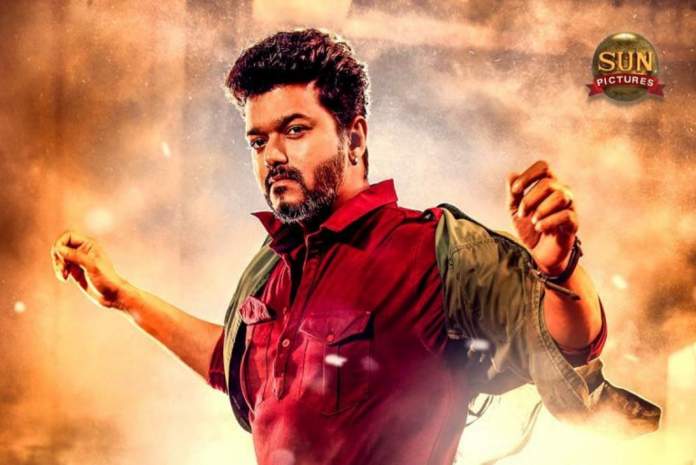 Political thriller Sarkar starring Vijay and Keerthy Suresh in leads, to hit the screens on November 6 (Tuesday) owing to Diwali

Vijay, Keerthy Suresh, Varalakshmi Sarathkumar, Radha Ravi, Yogi Babu starrer Sarkar, directed by AR Murugadoss to release for Diwali on November 6. The makers, Sun Pictures have gauranteed the fans with regular dose of excitement. With huge expectations building up day by day for the film, the tuesday release for the festival, brings more numbers in advance to the weekend.

This political thriller is said to have the trace of Google CEO – Sundar Pichai, after whom Vijay’s character ‘ Sundar ‘ in the film is named. Also, the teaser have created much expectations for the fans with the clean base line . Also, with the stardom of the leads, and ARM – Thalapathy combo for the third time after Thuppakki and Kaththi is something to await for.

When the pre buzz and business gets a hike on one side, unlike the star’s previous films, there were few obstacles to the release stating plagiarism of script. However, the production house have filed a caveat petition in Madras HC which means no one can issue stay order to the Sarkar before getting the opinion of the production house.