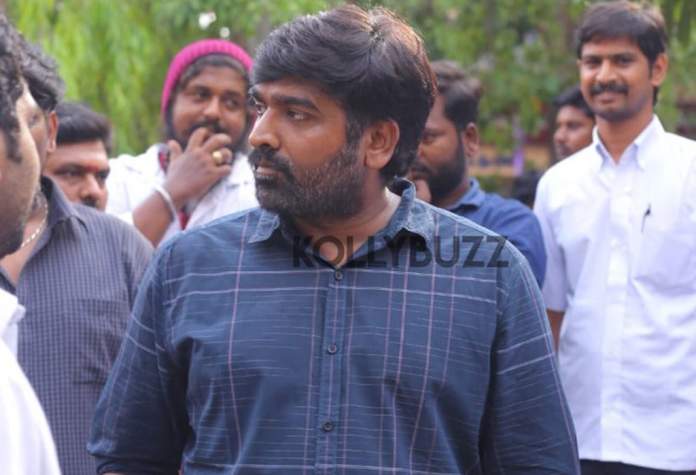 Vijay Sethupathi and director Ponram to team up?

Makkal Selvan Vijay Sethupathi and filmmaker Ponram are likely teaming up for a rural based entertainer. The sources have confirmed the news that both of them had recently met and discussed the script. In the past, Ponram has worked on three movies with Sivakarthikeyan namely Varuthapadatha Valibar Sangam, Rajini Murugan and Seema Raja. While the latter one had mixed response, the director had immediately started working on his new script. Apparently, it would be a happening thing to see Vijay Sethupathi team up for a rural entertainer.

Currently, Vijay Sethupathi is shooting for long schedule of Seenu Ramasamy’s Maamanithan featuring Gayathrie in female lead role. The film is produced by Yuvan Shankar Raja, who is composing music in collaboration with his father Isaignani Ilayaraja. In addition, it is also said that Vijay Sethupathi will be working with Rekka fame Rathina Siva for one more film, which will go on floors by this June. He has completed 75% shooting of Pannaiyarum Padminiyum fame Arun Kumar’s film.