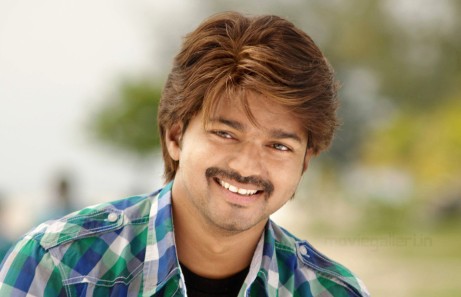 Vijay, who has expressed interest in the remake of Sudeep’s Kannada film, has no dates. Chennai based director Pon Kumaran, who debuted with the successful Starring Sudeep last year, expressed interest in remaking it with Vijay in Tamil. While Ilayathalapathy saw the film and expressed his interest in starring in its remake, he has his hands full for the next 12 months.

A source close to the development tells us, “Vijay saw the film at a private screening in Chennai and loved it. But, he is currently busy with AR Murugadoss’s Thuppaki and also has two other commitments, Gautham Menon’s Yohan and AL Vijay’s next.”

The source adds, “This is why the director is currently busy with his bilingual project Charulatha starring Priyamani. He might go on and do another film either in Kannada or Tamil before he gets Vijay’s dates for the remake.” Vishnuvardhana is the story of how a street smart youngster lands up with the phone of the local don and outclasses him. It starred Bhavana, Priyamani and Sonu Sood alongside Sudeep.