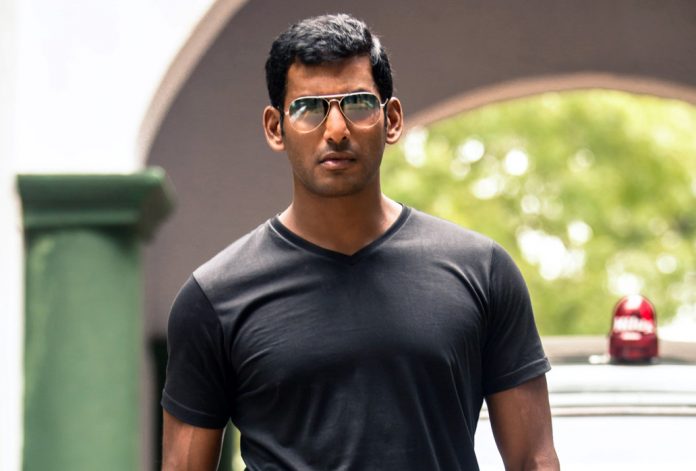 Vishal’s much anticipated film of this year – Irumbu Thirai has kept us awaited for the scintillating teaser. Moreover, to see Vishal locking horns with his mentor Action King Arjun is indeed a special delight for the action film buffs. The movie was initially scheduled for release on the festive occasion of Pongal, but eventually got postponed on the spur of moment due to some reasons. Now it is confirmed by the actor that the film will be hitting screens on March 29. Right now, the actor-producer Vishal is screening the film to his close associates and directors of the industry. This is precisely to get their views and advices to make some modification over the final cuts.

PS Mithran is making his directorial debut with the film Irumbu Thirai, which features Samantha as psychiatrist. The film has musical score by Yuvan Shankar Raja and George C William is handling cinematography with Ruben as editor. Others in the cast includes Robo Shankar and Delhi Ganesh.