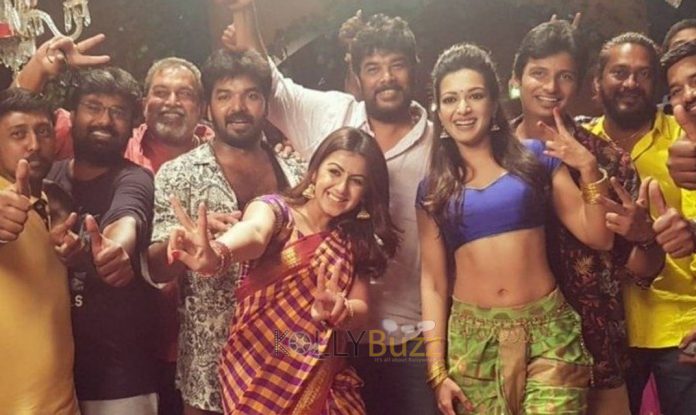 Sundar C’s Kalakalappu 2 is all set for a huge release on February 9. The film has been keeping itself over the best position in expectation radars. Significantly, all credits go to the filmmaker’s yesteryear hit movie ‘Kalakalappu’. Although the film is suffixed with ‘2’ to the title, it is not a sequel to the first part and will have a fresh premise. Recently, there was a claiming that Sundar C is holding talks with Sun Pictures over Tamil Nadu theatrical rights of this film. Sources cited that the price quoted by Sundar C was pretty bigger and even after sessions of negotiations, things didn’t work out favourable for both ends. Now, on the spur of moment, distributor Sai of Volmart Pictures has acquired the TN rights for a fancy price.
With the release getting confirmed for next Friday, the exhibitors and distributors are keeping their fingers crossed. It is worth mentioning that none of the January releases landed profits for the theatres. Henceforth, they are banking all their hopes on upon Kalakalappu 2 as Sundar C movies are regarded as all time safe bets in trade circles.
The film features Jai, Mirchi Shiva, Jiiva, Catherine Tresa and Nikki Galrani in lead roles.