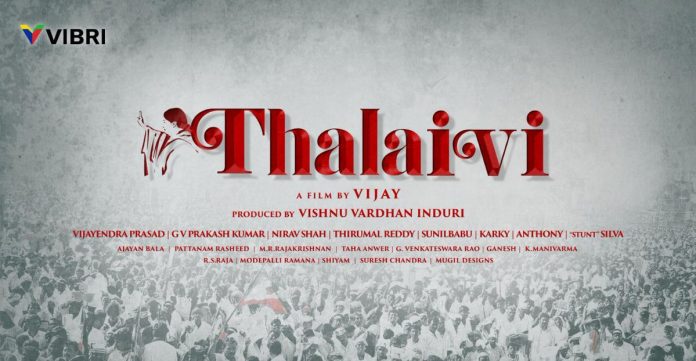 Was Vidya Balan the initial choice for Thalaivi?

Actress Vidya Balan’s stardom has been quite familiar in South Indian industry. The first earnest reason being her native coherence from Kerala and her ‘Dirty Picture’ was yet another reason for the audiences here to celebrate. Apparently, she is making her debut in Tamil film industry through Ajith Kumar’s Nerkonda Paarvai. Although, she would be seen in an extended cameo appearance, she has a meaty role indeed. It is now said that she was the initial choice by the makers to play the role of Late Former Tamil Nadu CM J Jayalalitha in ‘Thalaivi’, directed by Vijay.

Over the past few months, there have been lots of speculations involving the biopic of late former CM. While there has been another film being materialized with Nithya Menen in lead role, there have been few more focalizing upon Sasikala too, which includes the one from Ram Gopal Varma.

It looks like Vidya Balan couldn’t be a part of this project due to some date issues. Significantly, the makers landed up with the decision of bringing Kangana Ranaut onboard as they felt she would be the right choice as she has a Pan-Indian fan following.