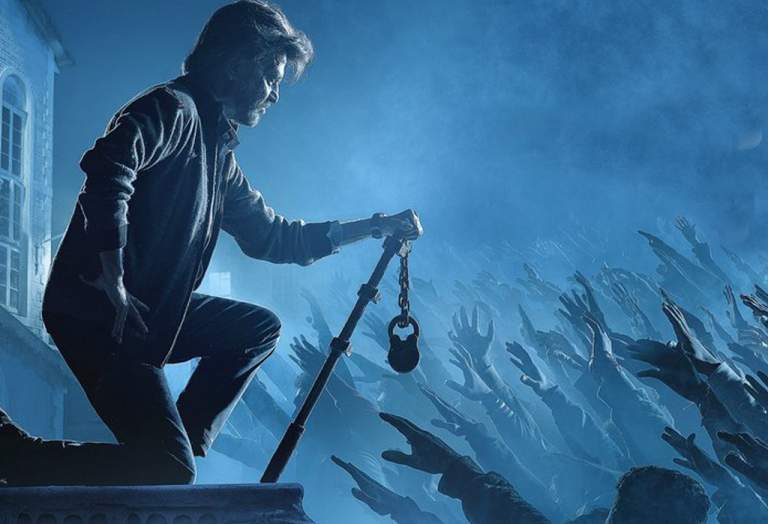 The first earnest thing that is so special about Rajinikanth’s Petta is Karthik Subbaraj’s loyalty in glorifying him. Over the past few years, we had actually missed the ‘original’ mass avatar of the matinee-idol. Precisely, the films Kabali, Kaala and 2.0 had completely taken away the ‘Thalaivar Effect’ that his diehard fans have been looking out for. Who comes as added strength for Karthik Subbaraj in acclaiming Rajinikanth are Anirudh and cinematographer Thiru. When it comes to storyline, Petta has a story that could be taken for reference of Rajinikanth’s yesteryear movies, but Karthik Subbaraj manages to add his Midas-touch in presenting it with some twists and surprises.

There are certain scenes in the film, where we get to see the most outstanding performances of Rajinikanth. The scene Simran predicts the hidden mystery, pain, sorry, etc; his variations in expressions keeps changing could be regarded as the best illustration. The Rajinikanth moments are found in plenty throughout the film, especially in first half. Well, the excitements peak up with the interval point, where we see the other look of Rajinikanth. The unexpected surprise element in flashback of Rajinikanth bumping off an important character preceded by a dance movement is fabulous. So is the final touch of shaking legs for his all time Chartbuster ‘Raaman Aadalum’ number. These are the best moments that audiences can enjoy, but on the flip side, Rajinikanth’s ‘Gun moments’ get enlarged by the second hour, which slightly eclipse the styles. On the other hand, Karthik Subbaraj doesn’t want the film to be merely labeled as a Rajinikanth movie and presents the screenwriting with his trademark qualities. The scene where Sananth asks the help for his relationship with Megha Akash and Rajinikanth gives a staring smile is loaded with cuteness. The interval block, where he manages to bring all characters together is a cherry pick. The post-intermission sequences have both pros and cons. The highlighting part is that the story moves across three different backdrops, which is appreciable as writing. But when we view it at a full stretch, it gives a feeling of watching three different movies.

When it comes to performances, it’s Rajinikanth all the way while the others who follow up our attention are Nawazuddin Siddiqui and Vijay Sethupathi. Both of them give in their best in all episodes. Not to miss the scene, where the first encounter of Vijay Sethupathi and Rajinikanth happens, especially the latter puffing up a smoke followed by a message. That actually an OMG moment with some shock and surprises too. Trisha, Simran, Bobby Simha, Megha Akash, Sananth, etc have nothing much to deliver as their roles are limited. Sasikumar and Gnana Somasundaram gain our attentions apparently.

As mentioned above, Rajinikanth’s superstar avatar gets more acclaimed through the BGM of Anirudh and Cinematography by Thiru.

Overall, despites the little stretched second hour, Petta proves to be a very well packaged Rajinikanth movie. Of course, it’s a huge moment for Thalaivar fans and it’s definitely a worth watchable one.