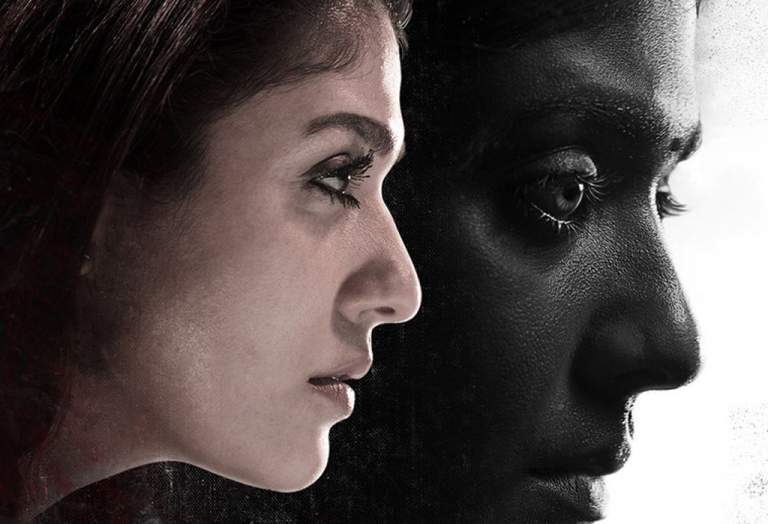 Supernatural thrillers are supposed to have certain ingredients that actually gratify the audiences, who come to theatres with certain expectations. Airaa being promoted as Supernatural thriller fails to impress us completely in this aspect. Yes, there is a plot that keeps us guessing on what could happen next and what’s all these mysterious drama all about. However, those elements that is supposed to shock your spines turn out to be fatigued.

Except for a single or couple of scenes, everything remains hackneyed ones. Moreover, we have to be too patient in waiting for the mystery to be uncovered. After a certain extent, we are pushed to the restless zones desiring for the show to end soon. We aren’t cornering anything in particular, for there are some brilliant flashes too. The technical department, especially the background score and cinematography are so excellently crafted. The song ‘Megathoodham’ remains to be the best of all attractions and this has all possibilities to be listed as one of the best melodies in 2019.

When it comes to performances, Nayanthara scores brownie points with her characterization of ‘Bhavani’. Her encounters with Kalaiarasan and their entire episode has been neatly dramatized. Well, such moments that come lately after boring drama lets the idea pop in – Sarjun could have made a beautiful love story with this concept rather than a so-called horror story. On the flip side, the entire first half keeps shifting between two parallel tracks. Well, there isn’t any mistake in narrating a story of this style, but the lack of engagement leaves us puzzled on what’s actually happening there. The inclusion of Yogi Babu doesn’t have any impact as not even his single attempt makes us even smile. Kalaiarasan has given his best into the role after his movies like ‘Madras’ and ‘Kabali’.

On the musical part, Sundaramurthy does an amazing job with background score, except for the overuse of violins in many places. The cinematography is commendable, but why the flashback portions are shot in black and white, while it’s something that happened in the present times is a big question.