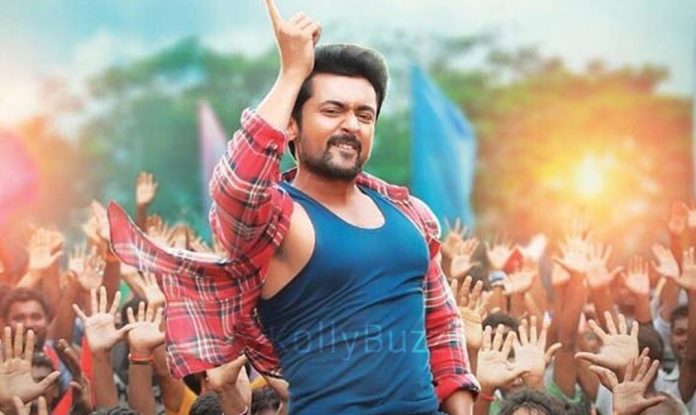 A filmmaker’s intelligence and proficiencies are blatantly witnessed with the title that is so much appropriate to the film’s theme. A perfect title signifies 25% of the film’s success and yes, Vignesh Shivn has evidently pulled off the right stroke with Thaana Serndha Koottam. Getting on with the next aspect is his storytelling potentials, especially when it’s a remake. Let’s say, TSK isn’t a blunt remake of Special26, but just the core concept, which in turn is based on the real life incident of 1987. Well, Vignesh Shivn yet more delves into the deep rooted crisis of that particular period, where unemployment was a gruesome societal disease. Eventually, he blends them well with an amalgamation of entertainment with commercial elements.

What happens when the people who are talented and worthy to be honoured with reputed professional jobs in Government are forsaken? Thaana Serndha Koottam deals with bunch of similar people who take on system in their own way.

To hunt down a thief, one has to wear the same hats. That’s the basic premise of TSK, where the play of cat and mouse has been very well etched with engrossing narration. To commute us to the times of 1987 isn’t an easy job. Maybe, a Pre-Independence era is quite easier to be projected, but not this one. Lots of efficiencies are seen throughout the film on set works. The detailing that includes even the Gold Spot bottles, ‘Then Mittai (Homemade Honey Chocolates) and many such things take us back to those times. There happens to be a particular conversation that happens between RJ Balaji and Suresh Menon, where the former predicts about the commercialization after decades. The dialogues deserve special mention, especially the thought provoking ones by Suriya and other characters. Say for instance, the emotional justification of Ramya Krishnan to Karthik is mind blowing.

Suriya has just come out of his routine styled performance and tries something different. It’s like seeing our very own handsome Suriya with fun and emotional quotients. The scene before intermission during the short flashback with Anirudh’s slow paced song just leaves us frozen in his compelling performance. Keerthy Suresh brings out a naturalistic performance. Ramya Krishnan is so much wizardry with her casual act. Senthil, Thambi Ramaiah, Siva Shankar, RJ Balaji and Kalaiarasan are outstandingly perfect. Suresh Menon scores well with his body language and not to miss the performance of Karthik.

Anirudh carries the film on his shoulders with magnetizing score. No doubt! Songs are complete enjoyment and background score is intriguingly inspiring. Art department and cinematography are the additional icing of the cake.

Overall, Thaana Serndha Koottam endows audiences with decent entertainment that doesn’t let your attention scattered. The complete show is enjoyable with good commercial ingredients and it’s worthy to be watched along with your family in theatres.