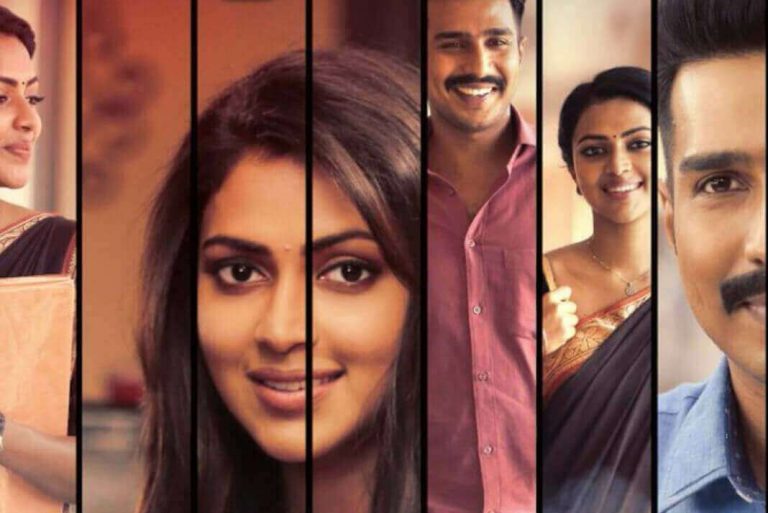 Vishnu Vishal – Amala Paul starrer Ratsasan has created an effectual buzz of sensation through its brilliant teaser and trailer. With the film scheduled to hit screens on October 5 worldwide, Ratsasan audio was launched recently featuring the musical score of Ghibran. We at Kolly Buzz bring you an exclusive musical analysis of this album that has four songs. Ratsasan music review is here..

When it comes to romantic songs, Ghibran never misses to add his flavours that create a melodious aroma. It is not just about the composing and mixing of sound and vocals, but the depth and intensity that he creates in the singers’ intonating style are so much illustrious here. Predominantly, it was very much illustrious in songs like Enthaara Enthaara (Thirumanam Enum Nikkah), Mounam Pesum (Amara Kaaviyam) and so on. In this song, we find the same efficacious embellishments through the voices of Sathya Prakash and Chaitra Ambadipudi.

If there could be a singer blessed with a unique tone that imbibes you emotionally and who can effortlessly sway up for an immense spell in melodious numbers, it could be none other than Sean Roldan. With an incessant tracks boasting of such instances, Kannama Kanvizhi brings forth one more to this league. In fact, M Ghibran has done a magical thing over here by reducing the volume of music as he renders the vocalisms and then manages to steal the show in interludes, which is one of the brilliant flashes in this song.

Ensemble singers offering you a pleasant experience with their phonating spell. First and foremost, M Ghibran needs to be highlighted for picking a rare combination of singers, who have given a flawless performance. There is yet another specialty about the song, where the music and vocals go perfectly coalesced. Just listen to the song and in many places, you’ll find out that the instrumentals are completely blended with the vocals indeed.

In contrast to the previous songs, we have a contrastive one by the end titled Maayangal Naanada. As the title suggests, I am none other than your own reflections called ‘Ratsasan’. Although, M Ghibran gives his best, it doesn’t sound something special like the previous ones. Maybe, this song could gain much more emphasis with the visuals. But the singers have pushed their best of levels to deliver a promising package.

Overall, there are few things that come noticed with the album of ‘Raatchasan’, which is about the musical proficiency of Ghibran. When it comes to melodies, who is proving to be an undisputed champ, but with the fast-paced music and other genres, we keenly await that he delivers a commendable attention-grabbing one on par with his melodious hit.