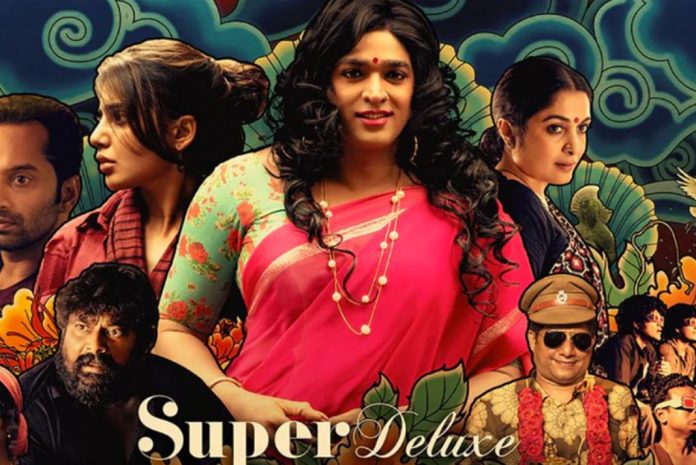 Just 2 more days left for the much awaited ‘Super Deluxe’ to hit screens and we at Buzz bring you the highlights of this film. The film has Vijay Sethupathi, Samantha, Fahadh Faasil, Ramya Krishnan and Mysskin in lead roles. Yuvan Shankar Raja has composed music for this film, which has lots of top-notch technical attributes.

This happens to be the first and foremost attraction of Super Deluxe, where it has lots of promising actors like Vijay Sethupathi, Mysskin, Fahadh Faasil, Samantha, Ramya Krishnan few more prominent

The running length of this film could be 2hrs 56secs, but one can be assured there are lots of edge-seated moments. It’s a story happening within the time frame of 24hrs and how characters from different walks of life come across each other.

Yuvan’s BGM is expected to be one of the major highlights and we are already witnessing it with the creative promos.

The film lots of cinematographers like P.C. Sriram, P.S. Vinod and many more prominent icons, who are well known their visual magic. From the visual promos, we are pretty sure that it’s definitely going to be a ‘Super Deluxe’ visual treat.

There are lots of technical bonanzas in the film and the team has reportedly spent lavishly on Sound technology.