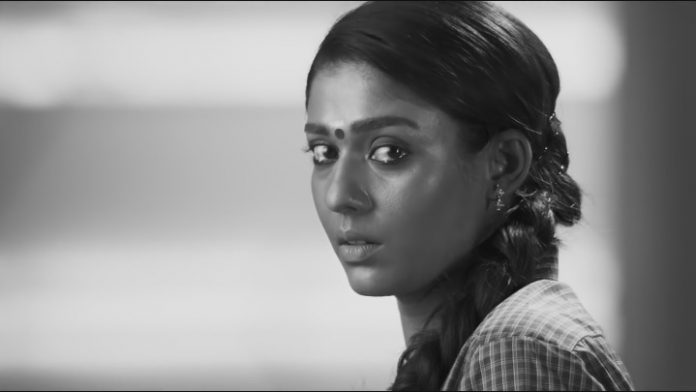 There happens to be a decent graph of expectations over the release of Nayanthara starrer ‘Airaa’. The film is touted to be a supernatural thriller featuring Nayanthara in dual roles. The film is directed by Sarjun KM and is produced by Kotapadi J Rajesh of KJR Studios. We at Kollybuzz bring you 5 good reasons to watch the film.

This is the first ever time Nayanthara is playing dual roles in the movie. Already her brand involving the dual roles has created huge sensation, especially for the dark-skinned role of Bhavani. The director has assured that the differentiation between both the roles would be different as Nayan as showcased unique body language and mannerisms.

The intriguing storyline with emotions and entertainment

Filmmaker Sarjun KM has assured that Airaa will have mixed bag of experience for the audiences. One portion of the film would be offering lots of Goosebumps moments and entertainment with fun too. On the other hand, there will be lot of emotions too.

When it comes to the supernatural thriller, what turns to be an important factor in keeping the audiences engrossed are the sound and visual effects. In this aspect, Airaa will have its top-notch technical quotient embellished throughout the film. It is so much evident with the visual promos that we have seen now.

The young and happening music director Sundaramurthy is all set to win our hearts for his mellisonant tunes and quite gripping BGMs as well. Already the song ‘Megadhootham’ has captured our interests.

Every frame is important

Apparently, the makers have already promoted the film with a strong note that missing the first scene would be a major minus. So the audiences are requested to witness Airaa right from the first scene.