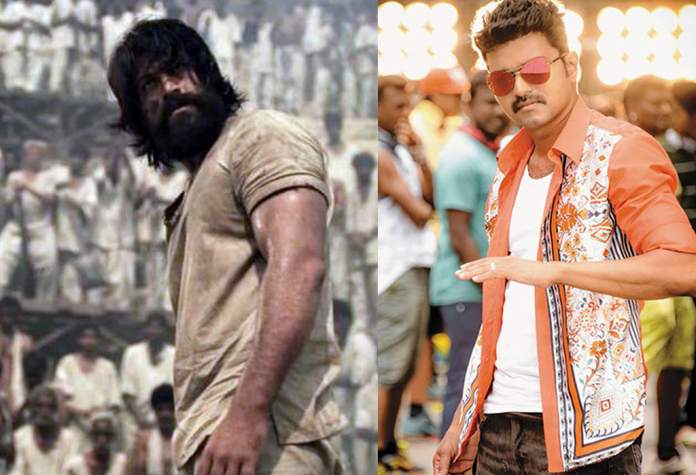 Certainly, we have come across the movies that have broken the regional boundaries and scored brownie points across all places at times. Naturally, these have been the movies that had inherited the premises that pleasingly appeals to universal audiences. Yash starrer ‘KGF’ dubbed in Tamil released along with 5 movies by third week of December 2018 and witnessed tremendous results in box office. While the appreciations have been brimming up across our industry, actor Vijay is the latest one to shower his praises up on the film.

It seems that the actor wanted to watch the film after coming across positive reviews and the makers had eventually arranged a special screening for him. Soon after watching the film, Vijay appreciated the team for grandeur and realistic performance of actors. It is worth mentioning that Vishal had acquired the theatrical rights of KGF in Tamil Nadu and released it through his Vishal Film Factory.