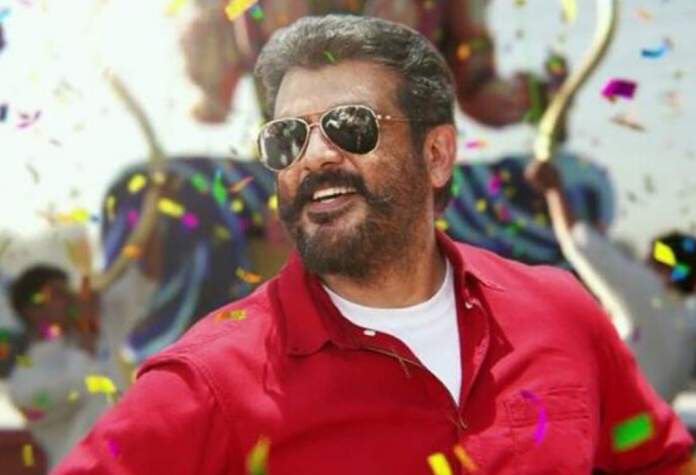 The hidden story of Viswasam and the overnight 125-Cr mark?

It all started off with a much positive note by the time of release, although there were kind of kindling through the trailers. Yes, we are talking about Rajinikanth’s Petta and Ajith Kumar’s Viswasam, which had to go through the tremendous opening and even make a huge collection. However, the issue started overflowing when Tirupur Subramaniam, one of the leading distributors made a strong affirmation that Petta has spanned an unexpectedly huge graph of box office number – 100Crs in 10 DAYS, which marks the first ever Tamil movie to make a record in Tamil Nadu. Sooner, it was KJR Studios that instantly mad an official affirmation that “Viswasam collects 125-Cr mark in 8 Days”. While some of the amateur BO office trackers had their own numbers being mentioned in respect to this advocacy, there happened to be an unexpected tweet from Ajith Kumar’s PR team claiming “Mr Ajith Kumar has committed for two films with Mr Boney Kapoor until mid 2020. Speculations on him signing films with other production companies are incorrect. Kindly do not encourage speculations Warm Regards Team AK.” (Sic)

While everything seemingly looked like routine work of distributors and producers in mentioning box office numbers, such an unrelated yet official word from Ajith Kumar’s part had stirred up some curiousness to have a deep look into the picture. It is said that KJR Studios had initially talks with Ajith Kumar to produce a film, which had happened before 5-6 months. Some of the inside sources mention that it had even paid a huge remuneration to filmmaker Minjur Gopi of ‘Aramm’ fame as he came up with a strong and commendable story. However, there happened to be an issue as KJR later asked Gopi if he could just write the story, screenplay and dialogues while Prabhu Deva will be directing it. Buzzes are that Gopi didn’t like this and he even returned back the advance amount. While these issues were lying beneath, KJR Studios had acquired the Tamil Nadu theatrical rights of Viswasam was a whopping sum, which had landed Sathya Jyothi Films into safer zone. This is the reason behind KJR making lots of affirmations involving the box office numbers, which didn’t go well with Ajith Kumar’s side. As a matter of fact, so far none of the distributors or producers of Ajith’s movies have made an open statement about the box office collection of their movies till the date. Ajith Kumar has been maintaining this as a strict rule that the audiences or fans shouldn’t be influenced by such things.

So after all these dramas happening, we got to see the official tweet from the AK team that Ajith Kumar isn’t committed to any production houses till the mid of 2020.