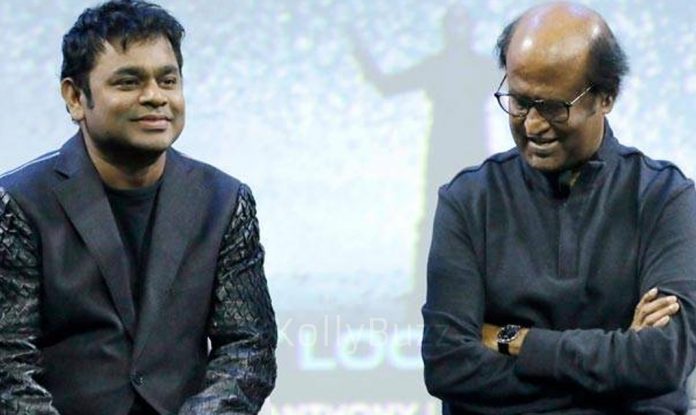 Superstar Rajinikanth’s 2.O has already started trending to a greater scale across the global platform. In addition all promotional hypes, here comes the mother of all big events. The audio launch of 2.O scheduled on October 27 will be the ever biggest extravaganza in the Indian film industry till the date. The film’s audio will be launched at the sprawled lawns of Burj Downtown, where around 12,000 free passes have been already given to the people in Dubai. Apart from this, the tickets with luxurious packages have been already sold at whopping price. There are around half dozen highlighting traits in this event, which will be of high caliber. AR Rahman will be performing live with 125 symphony orchestra musicians during this event followed by a song from 2.0 as well…

It is worth mentioning that AR Rahman had used the huge symphonic orchestra for the final credits score of Endhiran (2010). Now he is bringing back the same magical element for the audio launch, which is unimaginably exciting.

The audio launch will be telecasted through 2Cr worth LED TVs set in the malls of Dubai.

On the previous day of audio launch, which is October 26, the entire crew of 2.O will be flown through helicopter to Burj-Al-Arab 7 Star hotel. By evening, they will be interacting with International media and press.

Apart from these bonanzas, Bosco, who had choreographed Rajnikanth’s Endhiran, will be performing special numbers of Shankar-Rajnikanth movies. King of Dubai will be presiding over the occasion as chief guest. This is the first ever time, Dubai Government has given permission to host an audio launch at the premises of Burj.