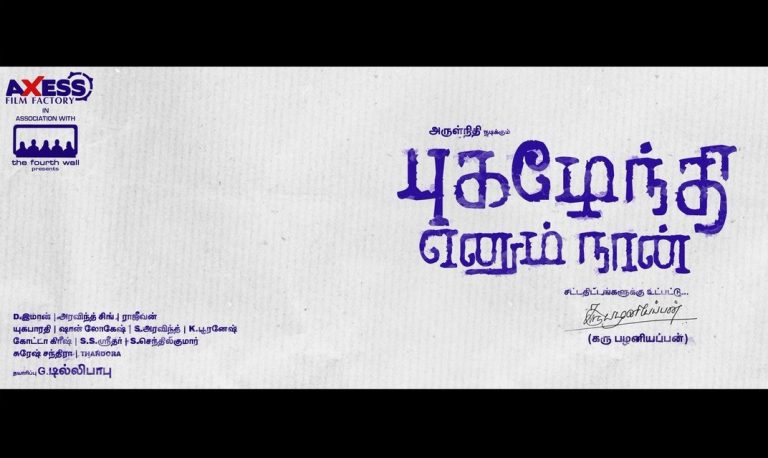 Pugazhenthi Ennum Naan is the official title of Arulnithi next

The news about Arulnithi and Karu Pazhaniappan coming together for a film had raised decent expectations. It was mentioned that the film would be a political satire. The current situation in Tamil Nadu bounded to critical political situations that are humorously criticized in public and media. Moreover, Karu Pazhaniappan is well known for his hilarious witty lines that has strong message coated. These factors have been keeping the project highlighted even before shoot starts. It is revealed that Pugazhenthi Ennum Naan is the official title of Arulnithi-Karu Pazhaniappan film.

Dilli Babu of Axess Film Factory has produced this film in association with The Fourth Wall. The creative team of Pugazhenthi Ennum Naan has tried to impress everyone by releasing the title in an envelop letter. And, they were successful in doing so, as it received plenty of appreciations.

D Imman is composing music for this film. Aravind Singh is handling cinematography while Rajeevan takes care of the art portions. The famous lyricist Yugabharathi has written songs for this film. Recently, D Imman and himself gave us a beautiful treat through the songs of Vijay Sethupathi starrer Karuppan. Therefore, fans could expect something special from this duo.