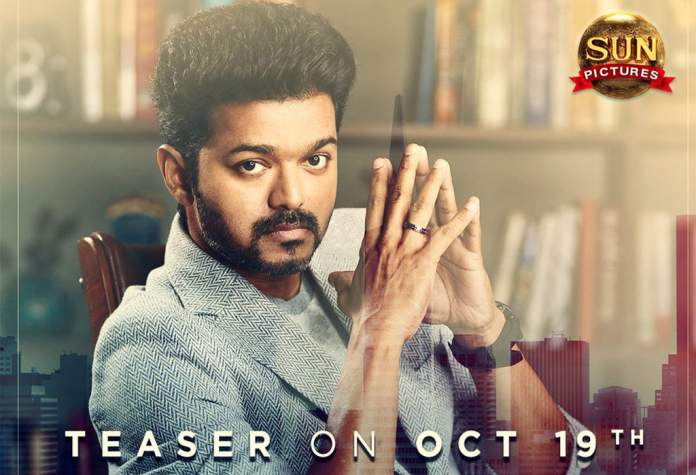 The celebrations are finding no ends with Vijay’s upcoming film Sarkar. Be it the title, on location shooting pictures or the songs, everything has set the tempo of excitements on right momentum. Now the ebullient fans of Thalapathy Vijay have one more reason to celebrate, which is all about the Sarkar Teaser release scheduled for October 19. Absolutely, this has been sending an inevitable gold rush into the veins of fans. Well, there hasn’t been any information involving the teaser’s running length or its contents.

Sarkar comes as the third time collaboration of Vijay and AR Murugadoss aftermath the success of Thuppakki and Kaththi. AR Rahman’s songs have already become instantaneous hits and there is a huge buzz involving the film’s premise, where a new political rule has been emphasized fictionally in it.

Bankrolled by Sun Pictures, the film is gearing up for worldwide release on November 6 for the festive occasion of Diwali. Keerthy Suresh, Varalaxmi Sarathkumar, Yogi Babu and Radharavi alongside Prem will be seen in important roles.