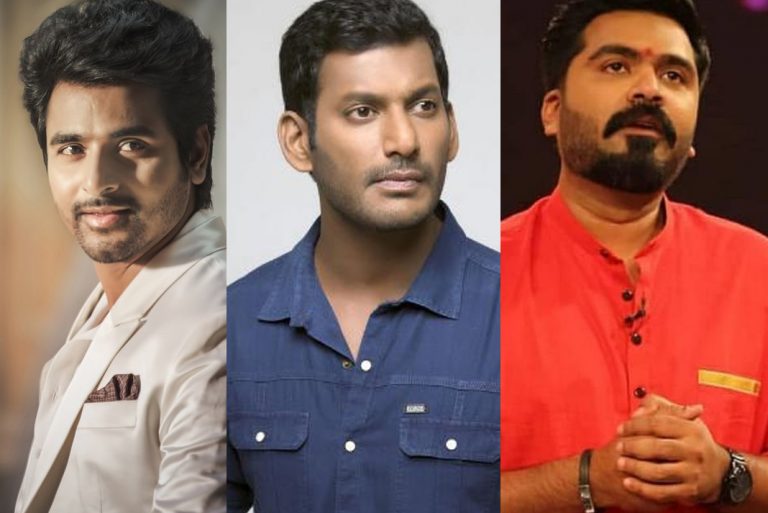 The voting phase across Tamil Nadu is going on full swing and it looks like considerably a decorous situation with good registrations. Of course, as it happens every time, almost all the leading news satellite channels and online portals and social media platforms are consistently focussing on the celebrities casting their votes. Actors Rajinikanth, Kamal Haasan, Ajith Kumar, Vijay, Suriya, Karthi, Music directors AR Rahman, Harris Jayaraj and almost everyone from the industry have been casting their votes.

However, things didn’t go well with Sivakarthikeyan as he had to go back from voter’s booth without voting. The reason is that his name is not there in the voter’s list and it was same with comedy actor Robo Shankar as well.

Vishal and STR might have been hot-headed personalities when it came to Nadigar Sangam elections, but they are absentees for this Lok Sabha election poll. While Vishal is shooting for Sundar C’s untitled film in Cappadocia, STR is staying in London preparing for his upcoming film ‘Maanadu’.