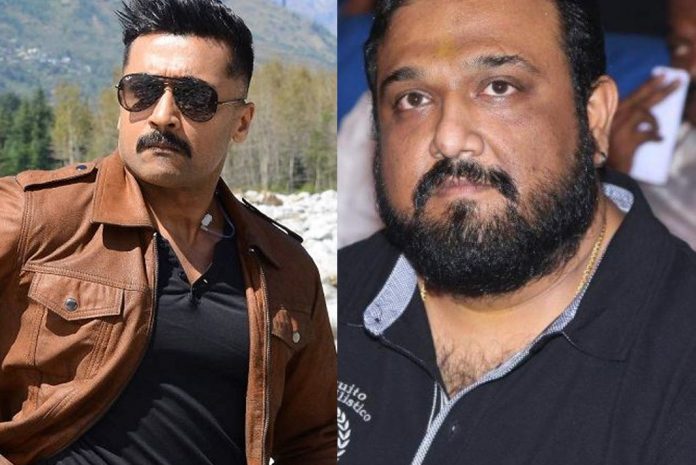 Suriya and Siruthai Siva to team up for Suriya 39?

Actor Suriya’s line up of movies looks so much amazing as they are based on different concepts and premises. While his much awaited ‘NGK’ scheduled for May 31 release is a political thriller, Kaappaan stands out to be an espionage thriller. The film is directed by KV Anand and is produced by Lyca Productions, which is scheduled for August 30 release. With both these films set against different backdrops, it’s exhilarating to see that his ‘Soorarai Pottru’ is based on the life of Air Deccan founder Captain GR Gopinath.

The first leg of shooting for this film is already completed and the next schedule is probably set in Mumbai. While these three movies are based on unconventional themes, it looks like Suriya 39 is going to be an out and out commercial entertainer. It is learned through the close sources that director Siva is likely to team up with Suriya, which is bankrolled by K.E. Gnanavel Raja for Studio Green Films.

It is noteworthy that Suriya has already discussed scripts with Hari and there are chances for this duo to team up as well. However, it will definitely take at least 6 months from now for Suriya 39 to happen.