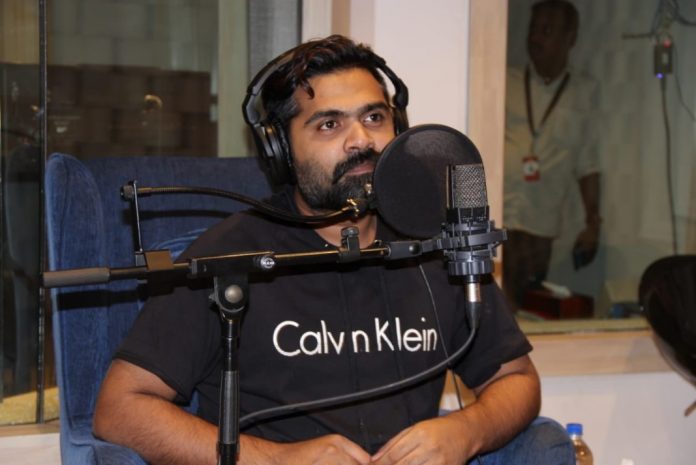 STR dubs and wowed about Jyothika’s performace in Kaatrin Mozhi

Actor Simbu (Silambarasan) has acted in a special cameo role in the Tamil film ‘ Kaatrin Mozhi ’ starring Jyothika in the main role and directed by Radha Mohan.

Actor Simbu recorded his dubbing for this movie. The film has been awaited with wild and huge expectations. Dhananjayan, Lalitha Dhananjayan, and S. Vikram Kumar are producing this film on behalf of BOFTA Media India Pvt. Ltd.

Producer Dhananjayan cites that Simbu was very pleased after the dubbing that the scenes involving him in the film have been picturised nicely.

G Dhananjayan told that it was a great support given by actor Simbu and he is elated about it. The post-production works of the film have neared completion and is scheduled to be released on the festive occasion of Aayutha Pooja (October 18). An additional note of information about this date is that it also happens to be the birthday of Jyothika.